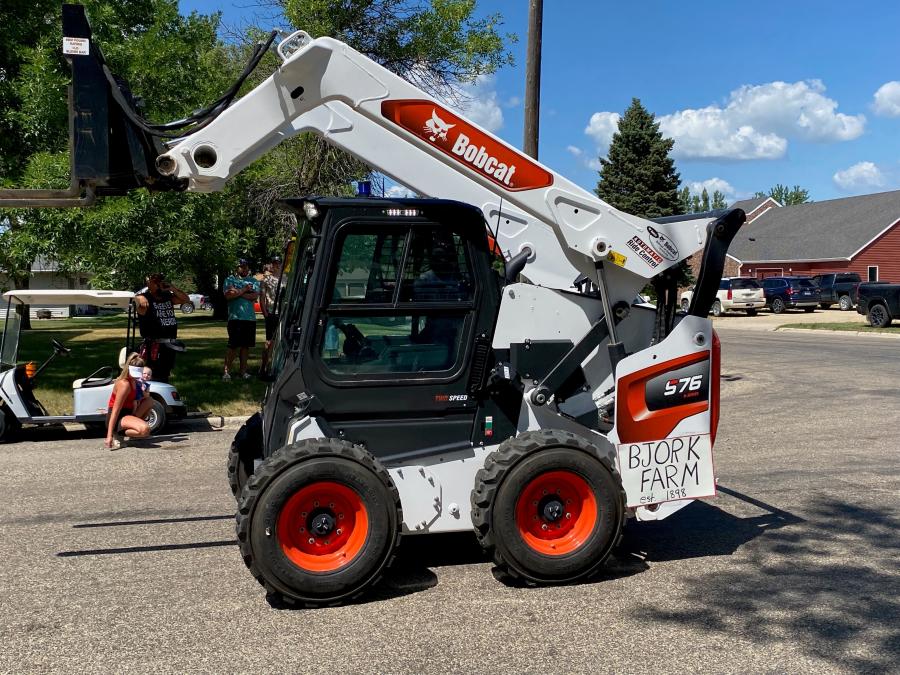 America, 1898: The city of Greater, N.Y., was created; the World's Fair opened in Omaha; the Spanish-American war was fought and finished; and the Bjork Family Farm was established near Dunbar Township, N.D.

"I never changed my address until we built a new house a few years ago," Brian said. "Even then, our mailbox only moved about a foot." 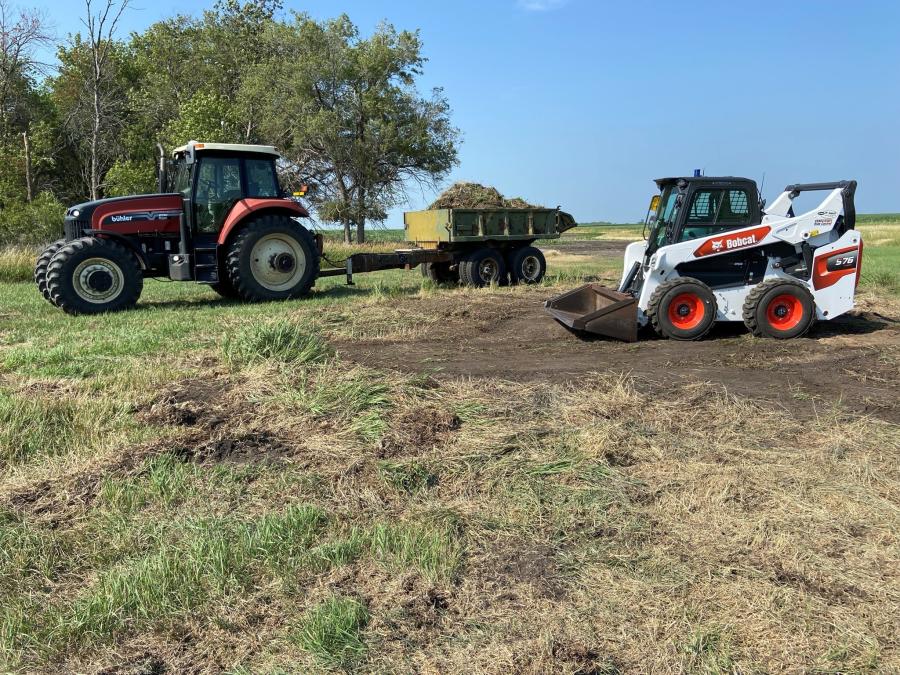 Bjork built a new house across the street, and his daughter and her family moved into his childhood home. As his siblings peeled off one by one to become doctors and lawyers, he stayed put doing what he loves most.

Now in his 60s, Bjork considers himself "semi-retired" still actively farming 575 acres of corn and soybeans. He has scaled back from 1,400 acres but isn't quite ready to give up his passion, even as tasks become harder on him than before.

"It's almost like having a hired man," said Bjork. "Since I farm by myself, it's key for lifting heavy stuff up off the ground. Without it, I'd probably have bruised knuckles from trying to use a handyman jack."

Bjork finds new uses for the Bobcat MaxControl remote operation system every week. Especially as he starts to slowly sell off extra farming equipment and supplies, being able to safely operate his loader from outside the cab is a game-changer.

"I used to grab onto whatever I was loading and grunt and hope that my back would hold out," he said. "But now, I just set something on a pallet and use the Bobcat loader to put it in my pickup."

Not only does MaxControl remote operation save his back, it also speeds up daily chores without compromising safety. He stands to the side to keep an eye on things — whether pushing a trailer into his barn, lifting a heavy load or whatever else needs done — while effectively controlling the loader and boom functions from his phone.

"Now that I have the MaxControl system, I wouldn't be without it," he said.

Bjork grew up operating his family's M444 Bobcat loader. Yet, he didn't get a Bobcat loader for himself until 2003.

"The M444 was better than a scoop shovel, but otherwise, I figured I had a tractor with a loader, so I didn't need another one," he said.

An insider quickly convinced him otherwise.

Living less than 10 mi. from Bobcat Company's Gwinner factory complex (home of the Bobcat loader), Bjork knows a lot of the local factory workers, engineers and salespeople. One of his childhood friends became a prototype engineer with Bobcat Company and invited Bjork to test drive new models before they were available to the public. 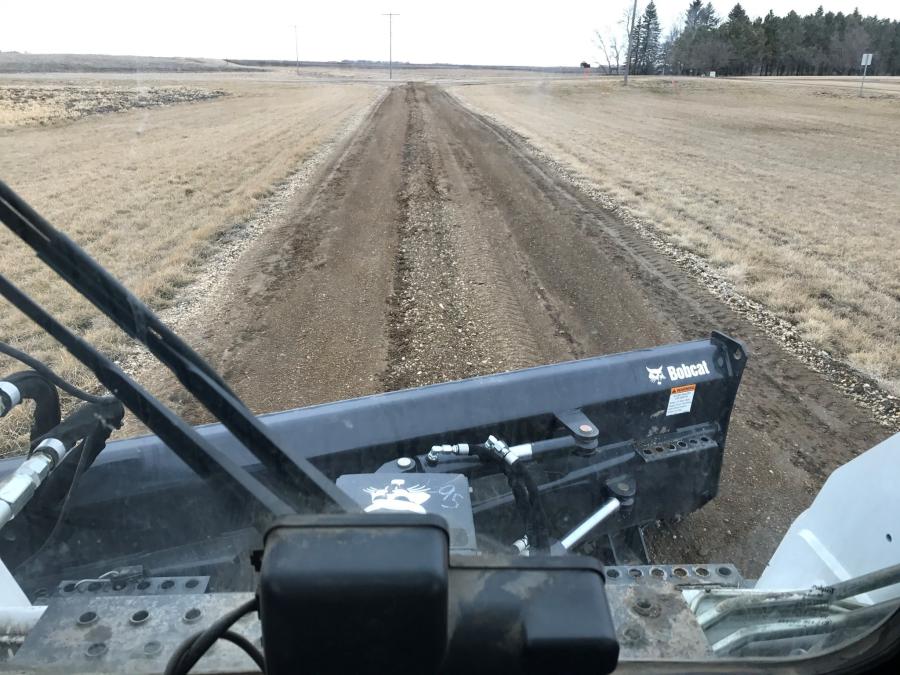 "After I tried the newer machines, I never looked back," Bjork said.

He purchased a high-flow S185 skid steer loader just in time for snow removal season and to revel in the luxury of a heated cab. He upgraded to a Bobcat S650 skid steer loader five years later to get more lifting power. It wasn't until the MaxControl remote operation came out that he decided it was time to upgrade again.

"The technology on the S76 loader is so awesome with the ride control, speed management, automatic throttle and more," Bjork said. "Also, when I climb in the cab, the Bluetooth connects to my XM radio on my phone and automatically starts playing classic rock. My wife calls me a leftover hippie."

Bells and whistles aside, Bjork's skid steer loader is an important tool in his arsenal.

"My Bobcat loader is an essential part of my daily farming operation," he said. "I wouldn't be without one — it's like an extension of my own arm."

In addition to having access to the newest innovations, Bjork has enjoyed other benefits to living in the heart of where Bobcat machines are made. Around that part of North Dakota, farmers and contractors are extremely brand loyal and equally excited to learn what's new from Bobcat. He has lent out his S76 loader to his friend and local dealer for demo events, so others can experience MaxControl remote operation.

One of those events took place the night before the annual Gwinner Fun Days celebration. Bjork offered to leave his loader at the dealership overnight and put it in the parade the following day.

"They got a sparkle in their eye at that suggestion," said Bjork.

He then remotely drove his skid steer loader through the parade from inside the dealership pickup, following his unmanned machine.

"People along the street would wave and then see there was no one in the cab. You could see the realization on their face … it was pretty cool," he said.

From childhood to semi-retirement, Bobcat has always played a key role in Bjork's day-to-day life. And it's a culmination of all those experiences — from farm chores to family and friends — that has made him a true believer in the brand.

"Bobcat has been building these machines for more than 60 years, and they are bulletproof," Bjork said. "The design and engineering that go into each new model is a collaboration of tried-and-true stuff. The handiest thing a farmer can have is a Bobcat machine."

From blowing snow and leveling gravel, to moving hay bales and removing fence posts, Brian Bjork uses his S76 loader as a do-it-all machine — due to his more than 10 attachments. He has collected them all after years of upgrading machine models.

Gooseneck Implement has announced plans to build a new dealership in Dickinson, N.D. This new location will house the parts, sales and service all in one location.