Among the top product lines are the SD-36 off-road side-dump trailer and the SMS-32 manure spreader.

When Vaughn Bauer began designing and manufacturing folding planters for local agriculture in Paton, Iowa, he was simply improving upon the design and utility of machinery used commonly by farmers in the area.

Not only did he create and develop his own unique solutions, but he also helped others with his expertise, as well. Word caught on quickly and he became known for his innovations. 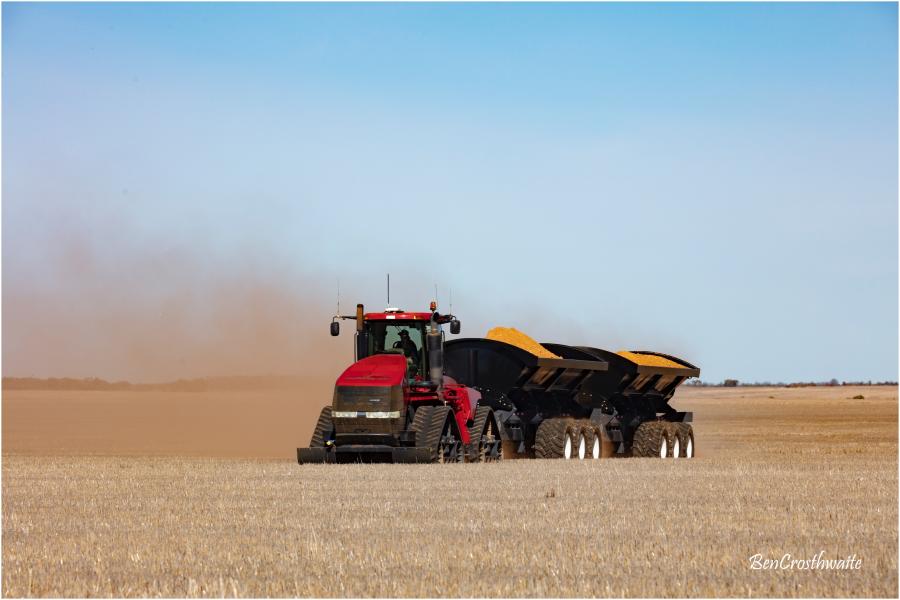 What began as Paton Machine and Welding, a machine, weld and paint garage for custom jobs that opened in 1982, is now Bauer Built Manufacturing (BBM), an 80-staff strong operation housed in a 300,000-sq.-ft. large-scale manufacturing facility with services including CNC machining, laser cutting and saw cutting, welding and assembly. The company specializes in designing, manufacturing and assembling construction and agricultural machinery for clients within and outside the United States.

The company's tremendous growth in these 40 years has included an interest from American manufacturing behemoth Deere & Company. In 2002, a team from John Deere came knocking on Bauer's door, having observed his creativity in action, and leading to Bauer working exclusively with the company on cobranded planters.

The Deere Bauer toolbars are said to be the only cobranding John Deere has ever done on equipment in the country. In 2013, Deere & Company acquired part of BBM and in 2015, Bauer was recognized with the Greene County Farm Bureau Distinguished Service to Ag Award for his contributions to the area and the industry.

"Our main forte now is we are a big enough shop that we can handle large products and projects to do start-to-finish manufacturing. Where a lot of places only specialize in welding or machining, we can do everything," said Design Engineer Garret Johnson, an Iowa State University agricultural engineering graduate who has worked at BBM for four years. His work entails creating new products, custom fixtures, designing single parts or creating complex assemblies as needs may arise in-house.

"I enjoy working here mostly because of the constant change in workflow. I've built and designed so many things in the course of my time here ... A lot of companies will reach out to us because of our short timeframes and what we can do," he said, which he attributes to "the nature of the facility, the resources we can allocate to a project, and the people we can provide."

Specialty equipment at Bauer includes a Tanaka LMRV TF6000 plate laser, measuring 120 ft. long by 10 ft. wide, and two Mazak 3D FABRI GEAR 300 tube lasers, a niche product that can deal with up to 50-ft. tubes. For high production weldments, Bauer has two robotic welding cells — a Lincoln Electric System 55 and a Wolf Robot (that can hold up to 7,000 lbs.).

Two paint booths — a powder gun booth and a liquid gun booth — allow for larger paint components and custom manufacturing. When it comes to custom clients, work begins with creating a 3D model of the product that is shared with manufacturing engineers "on how we want to process it in our facility." The order is released to the shop where it then gets welded, painted and assembled.

BBM's primary markets are construction and agriculture. Among the top product lines are the SD-36 off-road side-dump trailer and the SMS-32 manure spreader. One is a 40-ton off-road side-dump and the other is a 35-ton industrial strength manure spreader for custom applicators. The side dump trailer was designed with contractors in mind to meet their needs for various jobs in soft conditions and has seen growing demand through the Midwest. 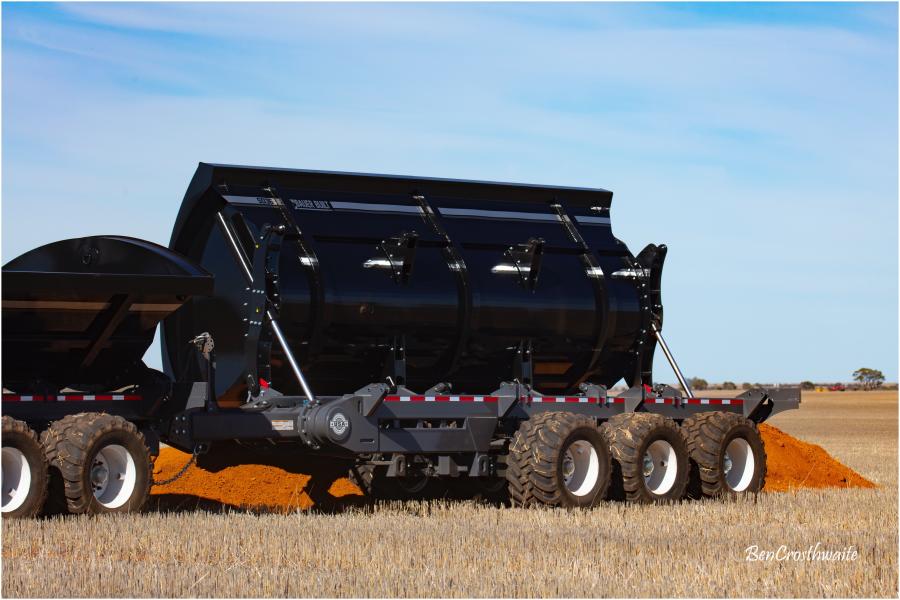 It moves material faster, offers ease of operation and durability and is priced competitively, according to the manufacturer. Features include hydraulic suspension and capacity, 360-degree rollover hitch with either ag or gooseneck hitch-style option, self-steer rear axle and triple-axle design and tandem option. Recent customers include Fehn Companies in Minnesota, Murphy Excavating in Kentucky and Waringa Farming in Australia.

With business ramping up again this year following the slump brought on by the pandemic, BBM is eyeing markets on both coasts and internationally. While the pandemic did affect BBM with production going slow as some of the companies it worked with were affected, there was no direct impact within the company itself. With a spacious manufacturing facility and staff spread out across functions, the offices and factories never closed, and there were no local county-mandated closures.

Johnson did share that finding skilled labor is a challenge "as a whole in the manufacturing industry. In an effort to build the future of manufacturing, BBM is engaged with the area community colleges and high school career academies promoting the theory that a skilled trade is more than a job, it is a career without the burden of debt associated with bachelor's degrees."

Another challenge is being able to compete economically in a niche area of the industry. Despite that, he voiced promise in business picking up again and demand for Bauer's trailers on the rise. CEG

Deere & Company has made a minority investment in Hello Tractor, an ag-tech company based in Nairobi, Kenya.

The Consumer Technology Association (CTA) announced the first keynote speaker for CES 2023. John Deere Chairman and CEO John May will join other John Deere executives to share how purpose-driven sustainability and advancements in technology are addressing one of the world's greatest challenges — feeding a growing global population.

John Deere announced updates to its 5 Series Utility Tractors, which include more options to make it easier for rural property owners, farmers, ranchers and fleet owners to match the right tractor to the many jobs they need that tractor to do day after day.