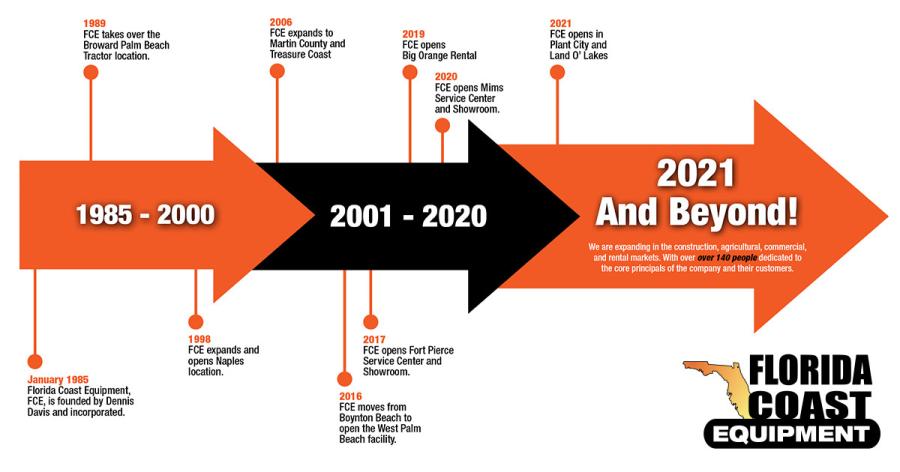 Florida Coast Equipment President Todd Bachman noted that while the business is growing, it would remain committed to its family-focused, community driven approach that has made the company Florida's premier Kubota dealership.

"We are excited to grow and bring new jobs to the great state of Florida," said Bachman. "But no matter how much we grow, it's our tradition of delivering impeccable customer service and unrivaled product support that makes us who we are and that will never change."

Florida Coast Equipment said that it would be hiring new drivers, technicians, sales positions and other high paying positions as well as contracting major facility improvements as part of the expansion.

Founded in 1985, Florida Coast Equipment has grown from a single dealership with two employees to locations in West Palm Beach, Naples, Mims and Fort Pierce. This announcement will bring the total to six locations by adding Land O'Lakes and Plant City.

AGCO Corporation, a global leader in the design, manufacture and distribution of agricultural machinery and precision ag technology, celebrated the 75th anniversary of Hesston by Massey Ferguson in 2022.