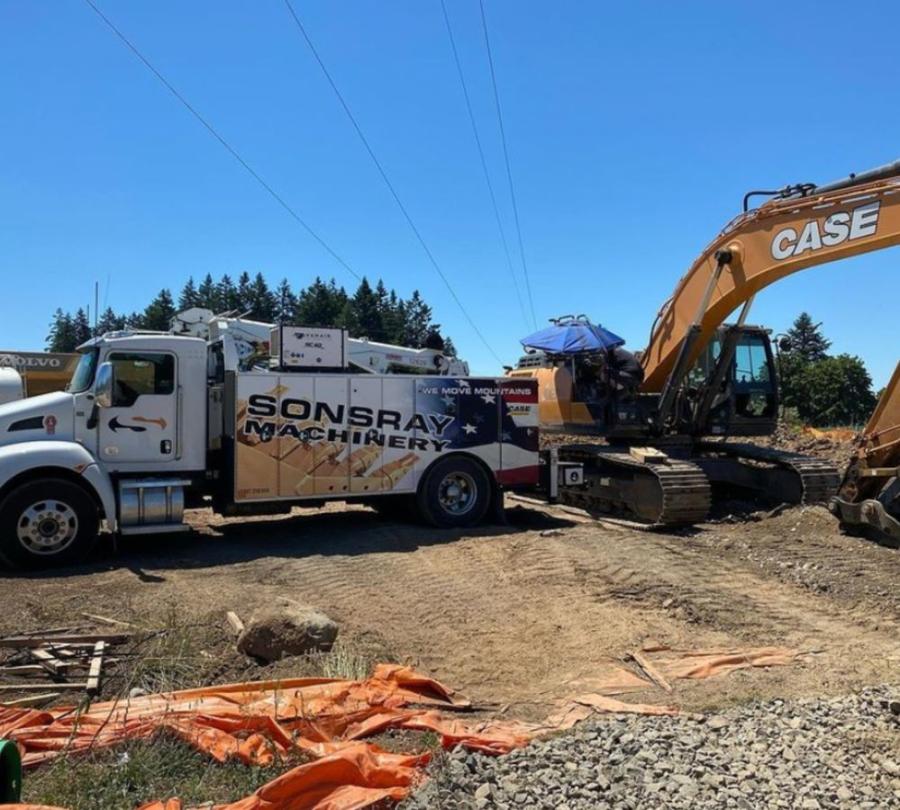 Matt Hoelscher’s emphasis on service extends to all the industries that Sonsray serves. The company employs 111 mobile and shop technicians and uses 68 service trucks to meet customer

Transportation equipment and heavy equipment are, at first glance, about as similar as apples and oranges. But one entrepreneur that sells both says that perception could not be further from the truth.

"Selling and servicing excavators requires nearly the same business model as refrigerated trailers," said Matt Hoelscher, owner of Sonsray, who added you might as well throw combines into the equation as well. 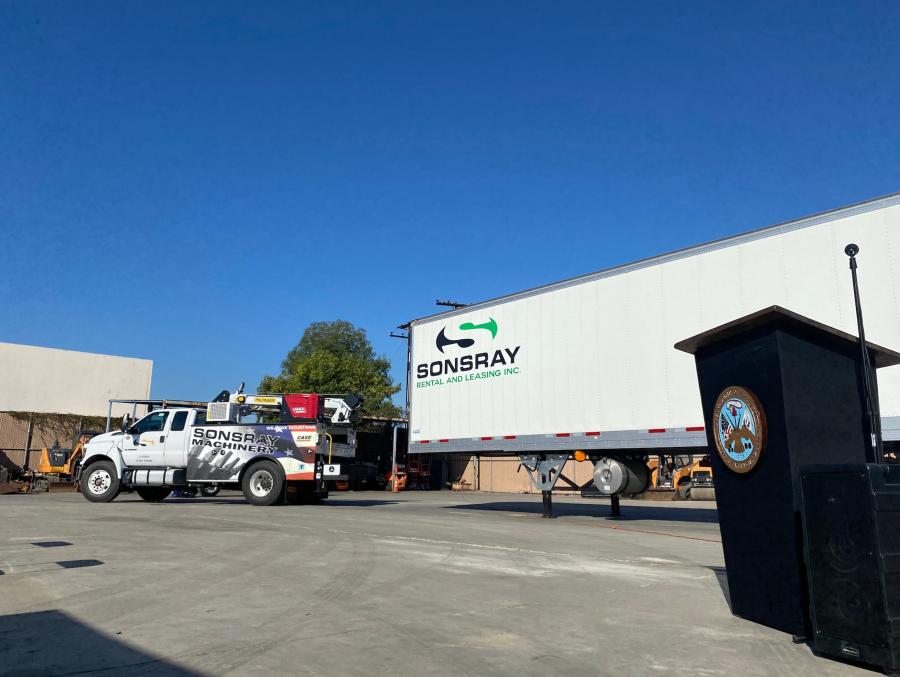 Users of heavy equipment, transport trailers and agricultural machinery all require service and parts on demand, whenever and wherever needed, and that makes selling and servicing the three product lines very seamless, according to Hoelscher.

"The model is simple — distribution [sales and rental], parts and service," he said. "In all three of our industries, we sell or rent the unit, and then take care of it, if and when, it breaks down.

"I like tires and I like diesel engines," he added. "It doesn't matter what the industry is, we essentially are doing the same thing. And we do it well. When it breaks, it needs to be fixed immediately, 24/7. That applies to an over-the-road trailer, an excavator on a job site, or a piece of ag equipment in a remote field somewhere."

That business model of hyper-focus on service and parts has so far resulted in meteoric growth for a company just a little more than a decade old. Sonsray is now a coast-to-coast company with nearly 40 branches, after completing the purchase in late 2021 of Thermo-King dealerships in New Jersey and New York.

While Sonsray has become a well-known brand in California, it is just beginning to have its presence felt in places like Arizona and Nevada and has just begun rebranding its newest stores on the east coast.

The company started in 2010. Working for a Thermo-King dealer at the time, Hoelscher said customers would frequently ask about renting trailers equipped with refrigeration. At the time, Thermo-King did not offer rental, so Hoelscher bought a trailer and went into business.

"I actually bought a single container at first," he said. "I paid $2,000 for it and immediately began renting it for $700 a month. I realized right then that whatever direction my company would take, rental would be a big part of it."

Needing a name for the fledgling enterprise, Hoelscher chose Sonsray, representing his three "sons" and his daughter "Ray."

Today, the Sonsray rental division has more than 1,000 trailers equipped with Thermo-King refrigeration for rent.

Thermo-King refrigeration dealers selling construction equipment is not commonplace, in fact there is only one other group currently diversified this way. Hoelscher could be considered a trend- setter, starting with both, more than a decade ago in Reno, Nev.

At the time, he was looking for a building to house the service department of his Thermo King location in Reno. A suitable vacant building behind the Case CE dealership caught his eye and he asked about renting it. He was told they couldn't rent to him because the Case dealership was for sale. 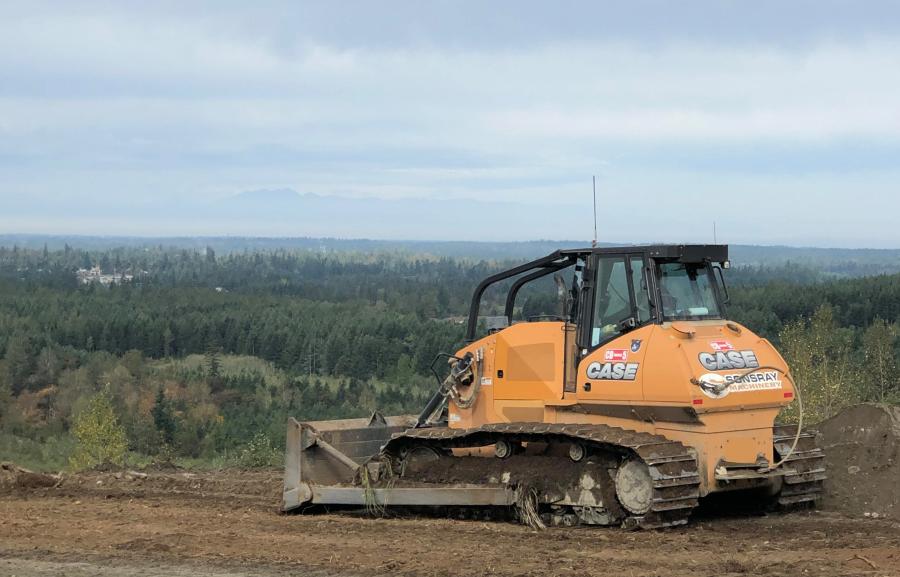 "I remember asking them what Case was," Hoelscher said. "They told me Case sold excavators and backhoes. I said, ‘what's an excavator and a backhoe?' It was just a matter of months later that I found myself owning 11 Case dealerships."

After the appropriate due diligence, Hoelscher felt strongly that the business would fit well with his existing enterprise.

The locations were Case corporate stores at the time, and Hoelscher said the company worked with him to make the purchase possible. In addition to stores in California, the sale included branches in Oregon and Washington.

The Case line has fit in well with Sonsray's company objective of growing market share.

Early in 2021, Sonsray completed the acquisition of four Case CE locations in Phoenix and Tucson, bringing its total construction equipment branches to 15 in four states.

Keeping true to his roots, rental, Hoelscher said, is an important element of in all of Sonsray's holdings.

This holds true in all industries his company serves, he said.

"Whether in transportation, construction or agriculture, as equipment becomes more expensive, more complicated, owners like being able to get in and out quickly," he said. "The old school attitude of fixing it yourself or have mechanics on the payroll is going away. Small farmers who were do-it-yourselfers are going away. The modern businessman likes knowing what his fixed costs in equipment will be."

After selling Case construction equipment for more than nine years and becoming comfortable with the company and the product, Hoelscher recently took the dive into the world of agricultural equipment, buying five locations of California Case dealer Booth Machinery.

Familiarity with the Case brand was one factor — another was that selling ag equipment fit nicely into Sonsray's operational model. 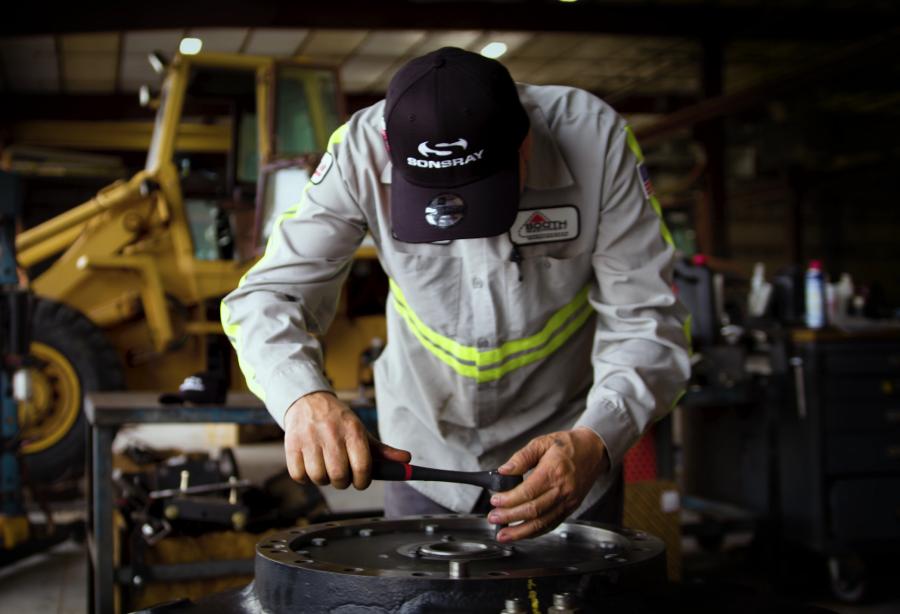 Thirdly, though, it was an opportunity to better serve the existing Sonsray customer by extending the service and parts footprint of the company.

The five former Booth locations (four in California and one in Arizona) are positioned to serve farmers but also will be available to service existing Sonsray customers that may be operating the equipment in areas there was not previously a Sonsray dealer. All technicians at the new ag locations also will be trained to work on construction and transportation equipment.

"We want our customer to be able to maintain their relationship with us even if they are not near where they bought their machine," said Shawni Young, director of strategic planning of Sonsray.

"Our vision certainly includes bigger is better," Hoelscher said of potential further expansion. "I see us increasing our investment in the rental fleet, probably more locations that are rental only. And a bigger overall footprint. I want Sonsray to be a brand that is a leader in all of our industries."

"We've added Richard Abbajay to our team recently as vice president of sales," he said. "He'll be totally sales-focused and brings great experience with him. He'll be a great asset as we continue to grow."

Constantly returning to the service model, however, Hoelscher outlined how he'd like Sonsray to be viewed.

"I want the company to be known as a service leader," he said. "I want people to say Sonsray sold or rented us a product and they were always there for us. Whatever and whenever we were needed, we were there. From purchase, to breakdown, to trade in to repurchase, Sonsray wants to be there for our customers." CEG

Hammonton, N.J., farmers will once again not have to travel far for Kubota equipment. Cummins Equipment Co.

Birkey's Farm Store, headquartered in Champaign, Ill., is now 100 percent employee-owned, as it has transitioned its business structure to an Employee Stock Ownership Plan (ESOP) as of Dec.

John Deere has added new material collection systems and a mechanical grapple to its popular line of Frontier equipment.

Electrifying one medium-sized tractor in California reduces carbon emissions by as much as replacing 45 cars with EVs, and as the state is aggressively targeting zero-emission transportation, Gridtractor launched from stealth to develop charging technology, fleet electrification and energy management services for electric tractors and heavy farm equipment.

Case IH is adding the Patriot 50 series sprayer to its lineup of self-propelled application equipment.

In the quest to find its oldest running grain cart, Kinze Manufacturing launched a contest for its customers.

Monarch Tractor, maker of the world's first fully electric, driver-optional tractor, announced the successful completion of a $61M Series B funding round led by Astanor Ventures, one of the world's leading sustainable food venture firms, with additional individual and independent contributions from CNH Industrial, At One Ventures and Trimble Ventures.