After a year hiatus, the 56th National Farm Machinery Show wrapped up the largest indoor farm show in the country that included innovative seminars, product unveilings and show-stopping technology.

More than 800 exhibiting companies filled 1.2 million sq. ft. of exhibit space showing off the latest in agricultural products. The show welcomed an estimated 255,000 attendees during the four-day event generating $20.5 million by filling local hotels and restaurants with attendees from across the country and from around the world.

"From innovative technology on the show floor to educational topics discussed in seminars, this year's National Farm Machinery Show proved to be an important opportunity for farmers to gain knowledge and prepare for the upcoming planting season. After postponing the 2021 show, it was vital to bring the agriculture industry together to discuss the essential work that goes into providing food for our country and a good part of the world," said David S. Beck, president and CEO of Kentucky Venues.

Other highlights included 20 free seminars with topics ranging from market strategies to drones and farm technology. The seminars covered some of the most timely topics in farming, including the hottest used equipment market in history, using GPS to help create precision farming and the future of technology, including automation on the farm.

The Championship Tractor Pull sponsored by Syngenta, held in conjunction with the farm show, sold more than 65,000 tickets including a completely sold-out finale on Saturday evening. Fans flooded Freedom Hall for five pulls, where 190 of the world's top drivers competed for the title of Grand Champion and a share of more than $300,000 in prizes. Ticket sales and live stream purchases for the pull exceeded 2020 numbers.

The 2023 National Farm Machinery Show takes place next year Feb. 15 to 18 at the Kentucky Exposition Center. 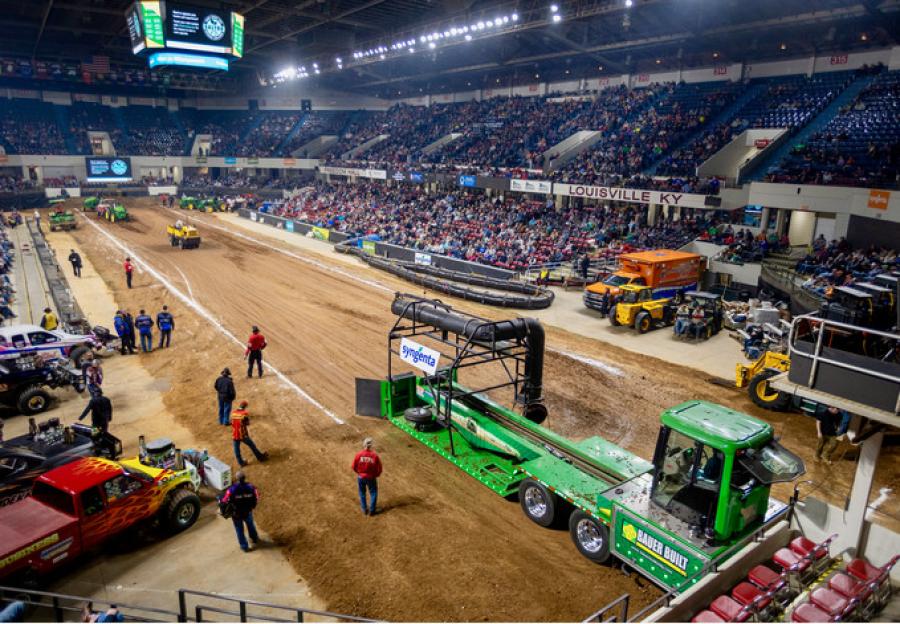 Topcon Agriculture has released an update to its Horizon precision farming and crop production software which, as well as a new feature which enables automatic section and variable rate control on multiple implements simultaneously, also makes it quick and simple to lay out and drill trials plots In addition to various enhancements to the Topcon user interface, such as improved implement diagnostics, video screen capture and a plug-and-play upgrade which enables Topcon's X-series of consoles to communicate seamlessly with Claas's OEM yield monitoring system (thereby eliminating the need for an external yield monitoring ECU), the software update — to Horizon version 5.02 — also introduces two brand new features: "multiple implement support" and "plot planter".

The Southern Farm Show was held Feb. 2 to 4 at the N.C. State Fairgrounds in Raleigh. With the forced cancellation of the show in 2021, the 2022 show was a strong event with good attendance.

What Will the Tractors of the Future Look Like? →

Tractors of the future will be a mix of different fuel types and innovative technology with two key drivers: reducing emissions and precision farming.

Carbon Robotics, an agricultural robotics company, unveiled its 2022 LaserWeeder implement, an autonomous, laserweeding pull-behind robot that seamlessly attaches to the back of tractors.