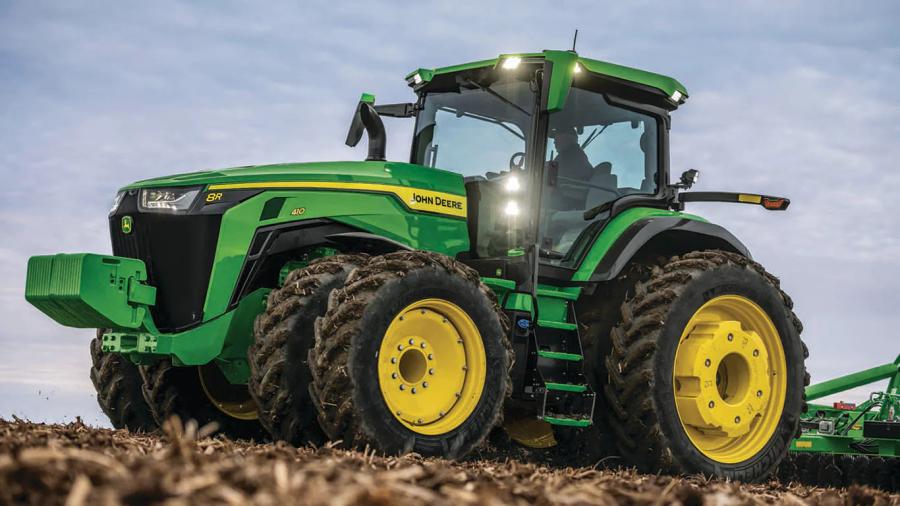 A new stepless electric variable transmission (EVT) will be available for all 410-hp 8 Series tractors including 8R, 8RT and 8RX models.

John Deere has made updates to its 8 and 9 Series tractors for model year 2023 by adding new technology and power.

For customers who prefer stepless transmissions for infinite speed control and ease of drivability, the new EVT will be available for all 410-hp 8 Series tractors including 8R, 8RT and 8RX models.

"The EVT brings everything customers appreciate from an infinitely variable transmission [IVT], into higher horsepower 8 Series tractors. Inherently, the electrical components of an EVT are extremely reliable, offer tremendous longevity, and provide better overall tractor control, along with a system built for easy serviceability and diagnostics. In addition, customers will notice an EVT operates more quietly than an IVT."

As farmers look to the future, the EVT will likely be the transmission of choice for customers going forward according to Jardon.

"This EVT is the industry's only transmission that enables electric power generation [up to 100kW]. By using this electricity farmers could power implement fan drives, take the place of implement hydraulic pumps, or assist the tractor by powering the implement's axles. This is similar, to proven-technology John Deere currently uses, on construction equipment."

Agricultural implements with powered axles are already successfully used in Europe to help push the tractor from behind while working in the field.

"EVT technology offboards electricity from the tractor to provide added power to the implement and can reduce wheel slip, improve up-hill performance, and enables the tractor to pull wide implements without the need for extra ballast or a larger tractor," Jardon said.

For MY 23, John Deere 9R 640 and 9RX 640 tractors will now also be powered by the all-new, completely redesigned JD14X diesel engine producing 640-rated hp. MY 22 390- to 590-hp 9 Series tractors also use this engine across the entire lineup of 9 Series tractors, including the 640-hp models. Based on internal testing, the JD14X engine in 9R 640 and 9RX 640 Tractors uses 7 percent less fuel than previous models.

"These new engines were built for outstanding performance, greater reliability and we have made them easier to access and service," Jardon said. "The engine features a 500-hour oil change interval, hydraulic fan drive, and a high-pressure common rail fuel delivery system for increased fuel atomization, efficiency and power, along with faster start times. Customers told us they appreciate the lugging capabilities the new engine has brought to their 9 Series tractors." 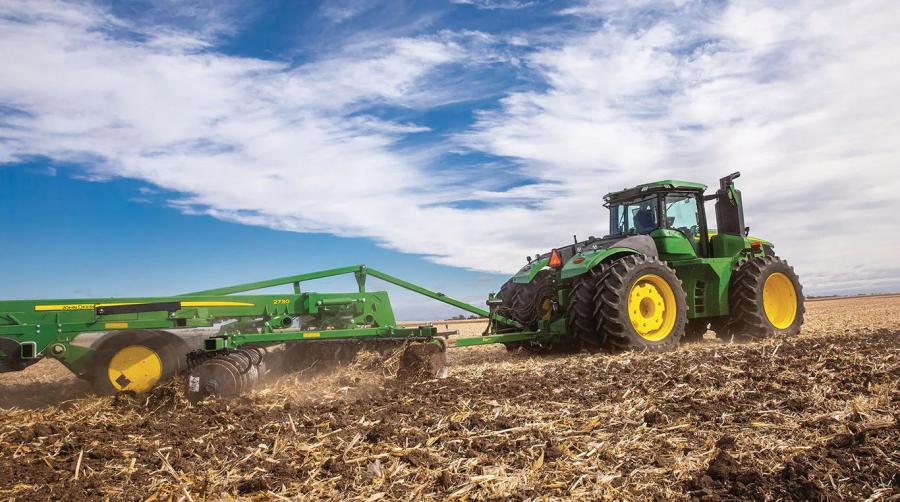