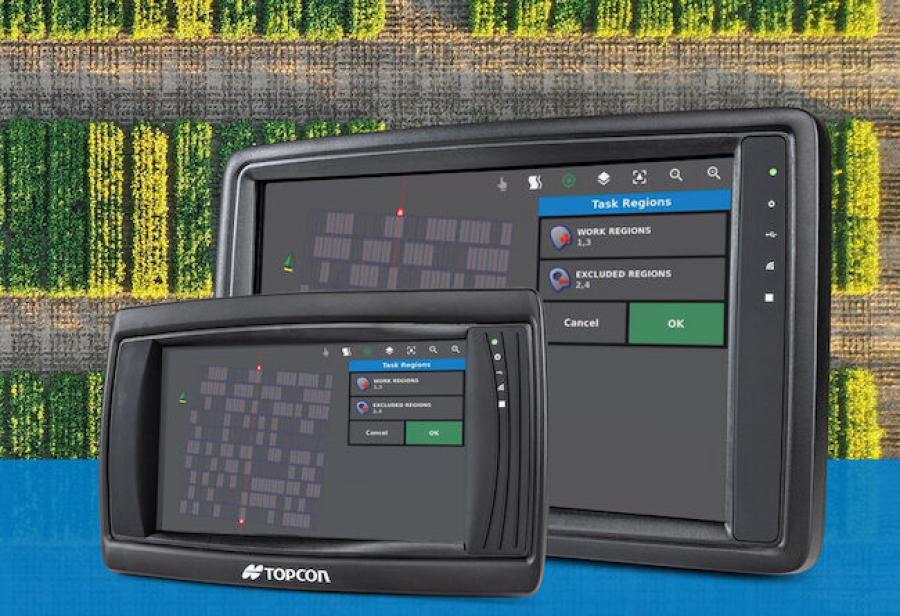 Topcon Agriculture has released an update to its Horizon precision farming and crop production software which, as well as a new feature which enables automatic section and variable rate control on multiple implements simultaneously, also makes it quick and simple to lay out and drill trials plots

Plot planter offers a quick and easy way of setting out trials plots or seeding zones from the tractor cab without the need for any external software. This new feature ensures plots are laid out and planted accurately with clear, real-time visualization of the seeding process helping to eliminate errors and ensure accurate data collection for subsequent analysis.

The new software update also enables Topcon users to plot obstacles such as trees, telegraph poles, hidden drain covers or patches of weeds and to set a customizable proximity alert to warn the operator when the obstructions are approaching.

"As well as a series of relatively minor enhancements this latest software contains some exciting new features, not least of which is the ability to control multiple ISOBUS implements simultaneously which could be a game-changer for growers looking to reduce the number of field passes without compromising application accuracies. Likewise, the new plot planter feature represents a huge step forward in the way trials plots are set out."

New firmware for Topcon's AGS-2 receiver and steering controller, which will provide improved terrain control, proportional and differential gain turning parameter enhancements and improved cross-platform connectivity and compatibility, is currently in development and will be added to the Horizon 5.02 software in due course.

CNH Industrial has opened a new engineering center in Scottsdale, Ariz. This facility will support the rapid growth of the company's Raven precision agriculture technology business as it develops cutting-edge customer solutions.

After a year hiatus, the 56th National Farm Machinery Show wrapped up the largest indoor farm show in the country that included innovative seminars, product unveilings and show-stopping technology.